I’m off work this week. Having a staycation in the borough of Croydon. Apart from binge-watching my first boxset (Killing Eve. Good, isn’t it?), I binge read a book for the first time in ages. It was Alan Johnson’s new autobiographical tome, In My Life, and it’s as great as its three predecessors. It’s all about his impoverished childhood in west London, and how he became a postman, then union executive, then cabinet minister. It’s a retread of his previous books, but each chapter revolves around a year in his life and a song that music fanatic Johnson loved in that year – and how music shaped his life.

Reading it felt like eating a bag of sweets – once I started, I couldn’t stop – and for the first time in ages, I read a book in a day. It made me think how I read that bit less since I got onto social media, and I suspect it’s the same for many of us. We’ll read for a bit, then end up Googling something in the book, then end up looking at a friend of the author on holiday in Suffolk on their Instagram account. Then, three weeks later, we’ll finish the book and vow to read more… and then end up listening to a podcast about the author (such as the fantastic Backlisted Pod (www.facebook.com/backlistedpod) instead of actually reading more books.

Have our brains been ruined by the internet and telly boxsets? I used to binge-read book series, like Armistead Maupin’s Tales Of The City series, made easier by the fact they were originally serialised in the San Francisco Chronicle, which means they’re full of addictive plots that hook you right in and mean you absolutely MUST read the next one immediately.

Other bingeable books for me have been Clive James’ series of memoirs, Gone Girl (a proper page turner but the ending… just NO), Renee Knight’s Disclaimer (a brilliant, brilliant thriller about what you find on your bookshelf… it’s an absolute must read); Asylum by Patrick McGrath and Never Let Me Go by Kazuo Ishiguro.

Oh, and there’s a great graphic novel by the New Yorker cartoonist Ros Chast called Can’t We Talk About Something More Pleasant?, covering Chast’s relationship with her ageing parents and their long, drawn-out deaths. Sounds grim, is wonderful and truthful.

What books manage to drag you away from looking at videos of kittens on the internet? Tell us below.

Calling all budding short-story writers! The Croydon Literary Festival has teamed up with the Croydonist – Croydon’s curators of all things quirky and cool – to offer one budding author a chance to see and hear their words come to life on both the Croydonist website and on the second Tales of Croydonia podcast.

All you have to do to enter is submit your short story to the Croydonist by Saturday 27th October – the date of the literary festival – and then it’s fingers crossed until the winners are announced later this year.

So what are you waiting for? Head over to the Croydonist now and check out the rules, regs and more info, then get writing! We can’t wait to read your entries… Good luck! 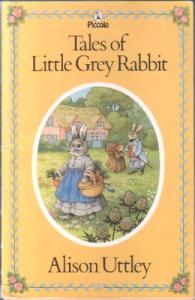 What were the first books you remember reading when you were growing up? For me, back in the ’60s, I looked forward to going to the library every week to choose new books. I really loved the stories of Milly-Molly-Mandy, a sweet little girl in a striped dress, and her friends and family, which were first published back in the ’20s.

I also liked the Little Grey Rabbit series by Alison Uttley, about a little bunny in the countryside and all her friends – and again, first published in the ’20s. What an old-fashioned child I was. When I got to school, I fell for Harry, the dog who didn’t want to wear a coat with roses on it, and Ezra Jack Keats’ The Snowy Day and Whistle For Willie about a sweet American boy called Peter, which were modern and pretty groovy.

I didn’t come from a home that was full of books, but being taken to the library and the excitement of being able to choose books to take home – and to take you to different worlds – built a love of reading in me that’s been incredibly enriching and enjoyable.

The love of books is the reason why the Croydon Literary Festival happens – we love books and want to share that love with you. And we know that by starting children off with a passion for reading can lead to a lifetime’s love affair with books and ideas that can open up the world. It’s why we have a brilliant programme of children and family sessions in this year’s festival on 27th October at the Clocktower Arts Centre and Central Library.

We hope to see you at there – in the meantime, tell us what were your favourite childhood reads, and if you’re sharing them with your kids. Or do they have their own favourites now?