9:50am
Wish You Were Here – In Croydon Buy Tickets here

Television’s Wish You Were Here travel-show presenter John Carter is in the chair for an interactive session on the best places to go in Croydon. He’ll be talking about his TV work and travel books and helping us use our social media campaign to put together a downloadable PDF about Croydon – written by the people of Croydon.

John Carter has been a travel writer and broadcaster for almost 60 years. He became the first travel editor of The Times in 1967 and subsequently edited the travel pages of Good Housekeeping magazine. Television, however, brought him to the attention of a wider public. He helped create the BBC’s Holiday programme, and appeared in the studio and as a location reporter on that series from 1969 until 1987, when he joined ITV’s Wish You Were Here…?

Now retired (“more or less”), he is patron of the Silver Travel Advisor website which, as its name implies, serves the older generation of travellers. A collection of true stories from his years of globetrotting – Gullible’s Travels – was published by Bradt in 2016, and he is currently working on a second volume as well as a memoir of his early involvement in journalism. A fellow of the Institute of Travel and Tourism, he has for many years been a patron of the Family Holiday Association charity.

Food and drink are everywhere in the media, on TV, on Instagram, and piled up high in every bookshop. Why do we love words and pictures about food? And does every weekend baker and cocktail shaker have a book or a blog inside them? Authors Leah Hyslop (Made in London) and Henry Jefferys (Empire of Booze) talk about what makes them hungry and what it takes to turn an idea into hardback reality. 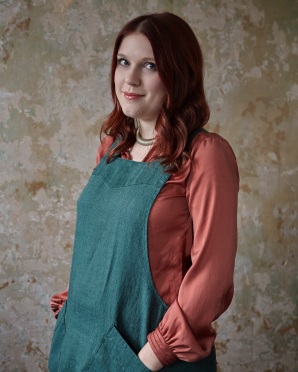 Leah Hyslop is a food and drink writer. A former editor at The Telegraph, she is now food director of Sainsbury’s Magazine. Her cookbook Made in London is published by Absolute Press and is a celebration of the city’s food, past and present, from Tudor oyster peddlars to the modern street-food scene.

Henry Jeffreys writes regularly for The Spectator, The Guardian, BBC Good Food and Food & Wine, and has appeared on The Food Programme and Broadcasting House on Radio 4. He is the author of Empire of Booze: British History through the Bottom of a Glass which won Fortnum & Mason debut drink book 2017.

His latest book, The Home Bar, is the ultimate guide to recreating a swanky bar in your own living room with tips on style, practicalities, recipes and, of course, what to stock.

Bestselling author Mike Gayle (author of 15 bestsellers and his latest, The Man I Think I Know) and first-time novelist Justin Myers (author of The Last Romeo and widely admired as blogger The Guyliner) in conversation with journalist and Mills & Boon author Elaine Canham about being a man in what’s still largely seen as a woman’s genre.

Mike Gayle previously an agony uncle, Mike Gayle is a freelance journalist who has contributed to a variety of magazines including FHM, Sunday Times Style and Cosmopolitan. His bestselling novels include My Legendary Girlfriend, Mr Commitment, Turning Thirty, His ‘N’ Hers and Brand New Friend. He keeps a website at http://www.mikegayle.co.uk and can be found on Facebook and on Twitter @mikegayle

The Man I Think I Know by Mike Gayle is published by Hodder & Stoughton, priced £14.99.

Justin Myers is a writer and editor from Shipley, Yorkshire, who now lives in London. After years working in journalism, he began his popular, anonymous dating blog The Guyliner in 2010, spent five years as dating and advice columnist in Gay Times and is now a weekly columnist at British GQ. His work has appeared in a number of publications including the Guardian, BuzzFeed and the Irish Times.

Elaine Canham Constantly trying to find excuses not to write, Elaine spends most of her time eating biscuits and trying to stop her characters doing what she has expressly told them not to. She is responsible for five Mills & Boon heroines finding true love and has written children’s fiction and non-fiction for Oxford University Press. A former national newspaper journalist, she now designs and teaches creative writing courses for adult learners.

Calling all young fans of murder and mystery: come along and meet Robin Stevens, award-winning author of the bestselling Murder Most Unladylike novels. The creator of schoolgirl detectives Daisy Wells and Hazel Wong will be joining us to talk about her intrepid detective duo, their latest case, and all things criminal! 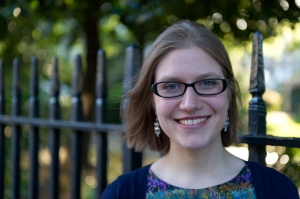 Robin Stevens was born in California and grew up in an Oxford college, across the road from the house where Alice in Wonderland lived. She has been making up stories all her life. She spent her teenage years at Cheltenham Ladies’ College, reading a lot of murder mysteries and hoping that she’d get the chance to do some detecting herself (she didn’t). She went to university, where she studied crime fiction, and then worked in children’s publishing. She is now a full-time writer.

Robin’s first book, Murder Most Unladylike, was the biggest middle-grade debut of 2014, winning the Waterstones Children’s Book Prize in the Young Fiction category and garnering a loyal fan base and huge critical acclaim. Robin lives in Oxford with her husband and pet bearded dragon, Watson.

New Addington-raised local legend John Grindrod is the author of Concretopia (a study of post-war architecture) and the Wainwright Prize-nominated Outskirts (a personal account of the Green Belt and growing up on the edge of it). His latest, How To Love Brutalism, is about his admiration for the Marmite of architectural styles. He’ll  be discussing this in his second visit to the Festival, after his hugely popular and entertaining appearance at our first.

John Grindrod is the author of How to Love Brutalism, Outskirts: Living Life on the Edge of the Green Belt and Concretopia: A Journey Around the Rebuilding of Postwar Britain. He has written for The Sunday Times, Guardian, Financial Times, Big Issue and The Modernist. He runs the popular website dirtymodernscoundrel.com and can be found tweeting @Grindrod.

Lesley Ann is rock-writing royalty. A journalist who was lucky enough to get close to a canon of top-name musicians, she is the author of biographies of David Bowie, Marc Bolan and Freddie Mercury, as well as a novel, and a controversial forthcoming memoir about her years as a rock writer, Tumbling Dice. She will be in conversation with Festival Programme Director Clair Woodward.

She honed her craft on Fleet Street, where she worked as a newspaper columnist and feature writer for more than twenty years. She has also worked extensively in radio and television, appears regularly in music documentaries in the UK, USA and Australia, and is the writer and co-producer of The Last Lennon Interview.

Recent works include Hero: David Bowie, Imagine, and Ride a White Swan: The Lives and Death of Marc Bolan. Her globally acclaimed definitive biography of Queen frontman Freddie Mercury will be re-published as Bohemian Rhapsody by Hodder & Stoughton on 18th October 2018 in hardback, paperback, Kindle and audiobook. The book will accompany the band’s long-awaited eponymous feature film, which opens in the UK on 24th October.

She is the mother of three children, and lives in London.

Back to ‘what’s On page’